This one took my by surprise actually. I knew Ares and ICS were working on AEG Garands, but I wasn't aware that G&G was this close to release. It's a full wood and metal M1 Garand with a twenty (20) round magazine. Before now, the only options were either the difficult to skirmish Marushin or a custom M14 converted to look like an M1. Both ran well above the price that is set for the G&G ( at $400) - a custom, low end converted M14 with plastic stock and molded parts ran close to $500. The marushin was about $700, plus no gas, or extra en-blocs, which are made of plastic. And the clips dont take the gas, the gun takes gas directly - which becomes problematic. The reservoir was in the stock and connected to the nozzle by a tube that can slip off.

I would be interested in looking at one, perhaps skirmishing it once or twice, but I don't think I could invest it it. The M1 Garand is famous for it's unique "ping" when it runs empty - it almost seems wrong to load more than eight rounds in it's twenty round magazine. The problem with self ejecting clips is that - during battle, you have to train yourself to remember to pick them up. So you really can't win. The AEG solves the skirmish-ability issue, but lacks realism. The GBB is realistic, but is expensive, unreliable, and impractical. Personally, I think if I am to invest in an WWII AEG rifle, I will wait until they release an M1 Carbine, since my grandpa carried one and I won't feel guilty about stuffing more BB's in the magazine than it's real-steel counterpart could hold, and the reload will be realistic.
drizzetsrevenge 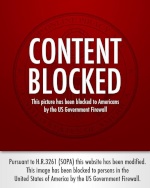 i didnt know G&G was working on an M1.
Hippie

Me neither - I was pleasantly surprised when I saw that it was ready for pre-order.
drizzetsrevenge

i dont think its practical, ill either wait for an m1 carbine, or stick with an m14
Hippie

Well, considering the Marushin is way less practical than the current option. The custom M1 Garands have to have special M14 magazines mad for them, made to sit flush so it looks right. The flush mags only have a 12 round capacity - and yet there are TONS of people who use them. The 20 round magazine is a huge leap, considering they look right. I actually kinda want one - I love full wood guns and I love uncommon airsoft guns.
Sponsored content